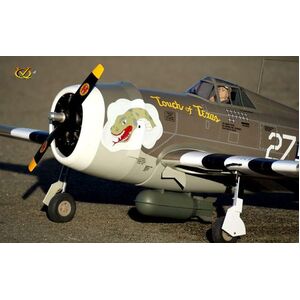 The Republic P-47B Touch of Tesxas was a World War II era fighter aircraft produced by the United States from 1941 through 1945. Its primary armament was eight .50-caliber machine guns and in the fighter-bomber ground-attack role it could carry five-inch rockets or a bomb load of 2,500 pounds (1,103 kg). When fully loaded the P-47D weighed up to eight tons (tonnes) making it one of the heaviest fighters of the war. The P-47D was designed around the powerful Pratt & Whitney R-2800 Double Wasp engine which was also used by two U.S. Navy fighters, the Grumman F6F Hellcat and the Vought F4U Corsair. The Thunderbolt was effective as a short-to-medium range escort fighter in high-altitude air-to-air combat and ground attack in both the World War II European and Pacific theaters.

The P-47B was one of the main United States Army Air Forces (USAAF) fighters of World War II, and served with Allied air forces including France, Britain. Mexican and Brazilian squadrons fighting alongside the U.S. also flew the P-47DB

With the big battery hatch, you can use both Electric motor or Nitro engine.

As an option, the Electric retracts with scale struts are a good choise for this P-47B and it makes this P-47B became one of the best Balsa sacle warbird 46 size in the market .

Does not include: radio, motor, glue, and silicon fuel line 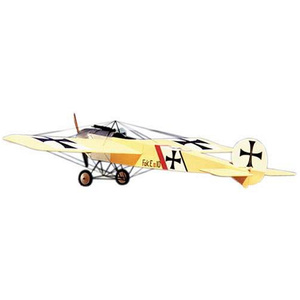